In our age of online movie streaming apps and services, Netflix is the first name that comes to your mind without any doubt. Netflix is a paid service that has a host of videos for us to watch. The biggest names in the Hollywood film industry to the most popular TV shows, almost everything is found there. It goes without saying that many other companies have followed the same route to give Netflix a competition. But, AdRise developed their online movie streaming app Tubi TV with a different intention. Tubi TV is a free ad-supported online video streaming app that aims at becoming what Netflix is not.

The previous statement might seem a little confusing. But, let me tell you how exactly it works. The developers, AdRise had a clear idea that people will not be simply looking for Netflix alternatives but something that compliments and thus completes the entertainment experience. Now that’s some way of avoiding direct competition with big names like Netflix, Amazon Prime, Hulu and the likes. What Tubi TV targets, is getting one of the largest galleries of videos of all sorts and make them available to their users for free. And they try and get the videos that are not easily and usually found on such paid services. So that when people are looking for something different, they go to Tubi TV. Now isn’t that a brilliant strategy for them. And it, of course, is a brilliant platform for us!

Before we move on to the part where I tell you how to install Tubi TV on your Android devices, let us take a quick look at the features of this app. Well, we all have to be smart enough to know what we are getting before we get it.

Tubi TV was released in 2014 by AdRise. I have already stated what they aimed at. But after over than two years of service, I can say for sure that they have been able to achieve what they had hoped for. The fact that they have contents that are not usually available on paid prime services makes this app more attractive than ever.

Tubi TV had started with a series of videos that were not that popular or were not from the big media houses. But they have evolved since. They have added quite a few big names to their list, like Lions Gate Entertainment and Paramount Pictures.

They have a limited yet significant collection of films and TV shows. Some of them are big names which were well received. But they have a larger number of movies that are not that popular. It is a great app if you’re looking for a change.

Their TV shows are also great. However, they have quite a few filler shows that are knock-off versions of famed TV shows. However, when the service was initially launched, it had over 20,000 videos. Their gallery has expanded to over 40,000 in just two years. This growth was rapid. It came as a result of their tie-up with Paramount Pictures. They get 50 movies each month for them to make it available for their users.

And they get Asian shows and Japanese anime to their collection. Some of this is even made available only a day after the original air date. They add new videos to their collection every Friday. This makes it easier for the users to know what are the latest additions to the gallery. 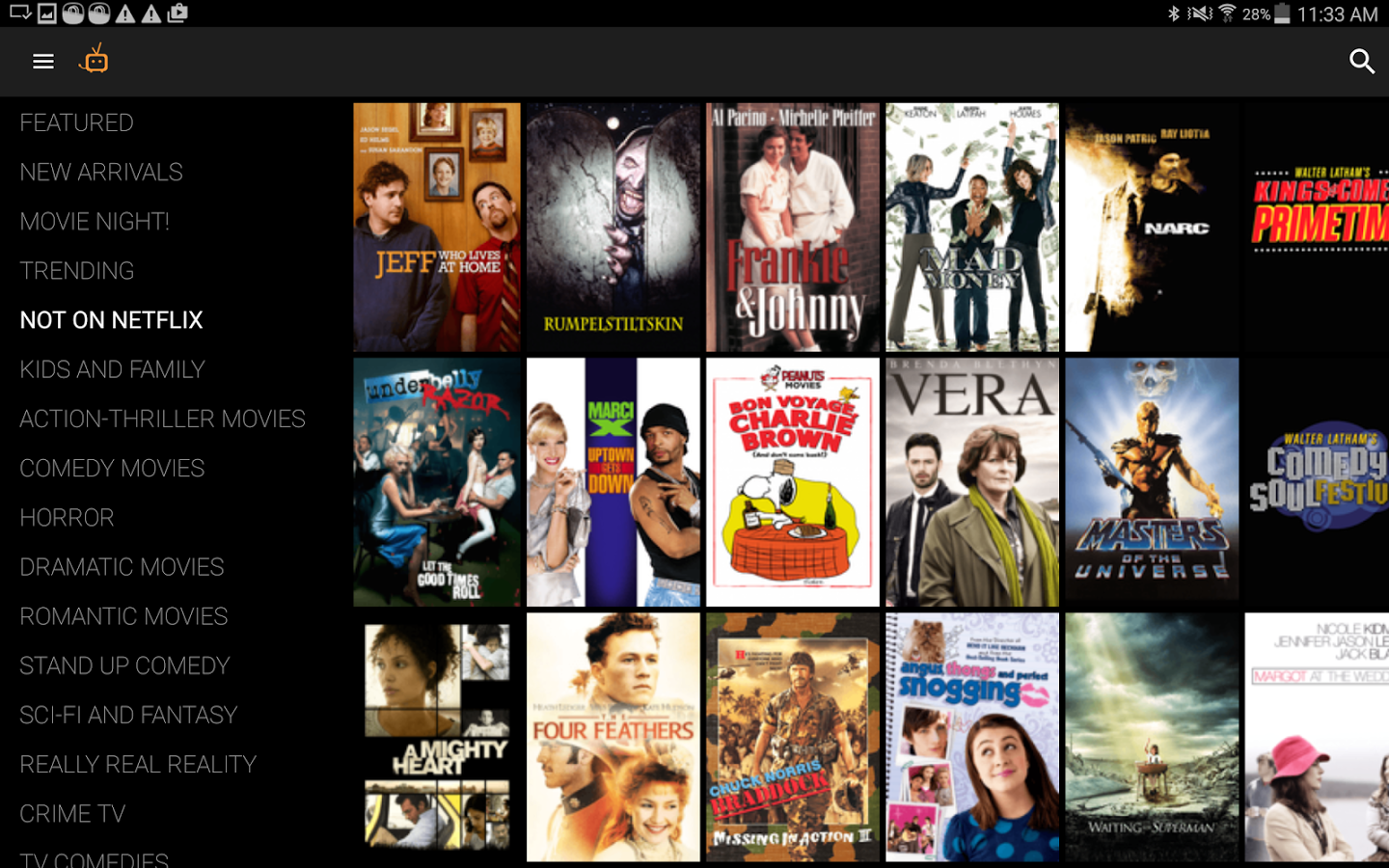 The quirky and witty menu.

The quirkiest and wittiest part of their service is their gallery. Their gallery is fully optimized and comes with Rotten Tomatoes ratings. All of the content also comes with a small introduction as well, including the lead actors and a short plot summary.

The videos are categorized right on the app. These categories include “Not On Netflix”, “Highly Rated On Rotten Tomatoes”, “Dramatic Movies”, “Cult Favorites” and the likes. This way of categorization is not just fun but also very useful for finding videos.

There is also a Featured tab and a search box. What they lose in terms of content, they make up for it through their out-of-the-box categorization and optimization.

Another aspect that sets Tubi TV apart from the other free online movie streaming apps is the fact that it supports a multitude of platforms. It is available as a browser version for PCs and Laptops. It is available in the form of an app for Android, iOS devices. This app is also supported on Roku TV and Amazon Fire Tv along with Samsung Smart TVs. Tubi TV even is compatible with chrome cast and several set-top boxes. And it also is available for Xbox 360 and Xbox One. Tubi TV is cross-platform in its truest sense.

As I have already mentioned, this app is entirely free to install and use. This might seem a little surprising that AdRise is providing so many features with no subscription money at all. They make their money from the advertisements that pop-up. The ads are quite frequent. The streaming experience is much like watching videos on TV with commercial ads in between the video.

The motto of the developers is to make good video content available to the users for free. Thus, making entertainment free.

The detailed description of the app gives an overview of Tubi TV services and a review as well. Now let us see how you can get Tubi TV to run on Android devices.

How to Install Tubi TV on Android Devices?

As I have said before, this app is available for Android devices, be it phone or tablet. And installing this app is easier than ever as it is available on Google Play. So, follow the simple steps as mentioned below.

Get the Tubi TV app here

These are all that you need to know about Tubi TV. Go through the table below for a comparative overview of similar services.