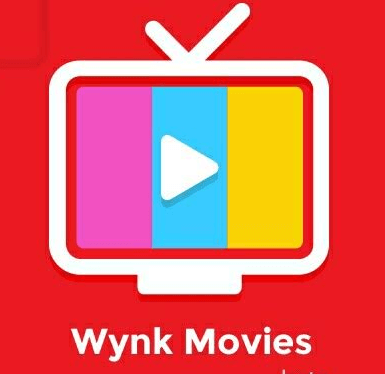 As you all know, we are looking for a better option for our choice of online movie streaming app. And trust you me, there are way too many apps available. But we need to be sure what an app has to offer to us before we zero in on them. So here is a brief overview of Wynk Movies App. You will also find a download guide at the end of the article.

The telecommunication operator Bharati Airtel is not just limited to providing telephone networks, and we all know it. They have a variety of branches and subsidiaries. They ventured into the world of online entertainment, read music and movies, through Wynk Limited. Wynk Limited is a fully owned subsidiary of Bharati Airtel. Currently, Wynk has three different parts of itself; one is for games, another for music and last but not the least one for movies. Wynk Movies is one of the top providers of online on-demand video streaming in the Indian sub-continent.

Wynk Movies came only six months after Wynk Music was launched. The officials at the company were quite overwhelmed with the incredible response that they had received with Wynk Music. The app had over five million downloads by this time. So it is only natural that they decided to expand their territory.

The officials at wynk Limited paired up with 5 partners for video content and started their online movie streaming app Wynk Movies. With the partners, they have access to an enormous collection of Bollywood and Hollywood films. This paid service also has a range of subscription plans for the customers.

Of these five providers YouTube, Daily Motion, and Sony LIV are there for free watching and streaming. ErosNow and HOOQ are paid features. Subscription for ErosNow Premium, there are free contents too, costs as low as 25 for a single day subscription, and it goes up to 249 Indian Rupees for a month long service. And HOOQ has a monthly subscription for 199 rupees, but you can have unlimited access to HOOQ gallery for 14 days free for a free trial.

As is evident from the content partners of Wynk Movies, they have an entertaining collection of content. They have a plethora of Bollywood Hindi movies, most of this is credited to ErosNow. Even the latest movies like “Tanu Weds Manu Returns”, “NH 10” are available as well as movies before that.

The host of Hollywood films, on the other hand, is accredited to HOOQ. They also have a fantastic collection of great English movies like “The Departed”, “Sherlock Holmes: A Game of Shadows”, “The Social Network” and many other films.

While these two are the primary movie content providers, Sony LIV adds a lot of TV series to this collection of movies that are offered to us in the Wynk Movies app. Hindi and English TV series are available alike.

And when it comes to other videos, YouTube and Daily Motion are there. Both of these channels provide a selected list of popular videos in their channels to Wynk Movies gallery.

Apart from these, Wynk Movies has also started this new feature where you can watch the newest trailers of movies at your wish.

Wynk Movies app has two ways in which they have categorized their contents. One is right there on the app menu where the videos are categorized by the providers. And the other is by genre.

So the videos that are there are aligned and categorized in a way that you know what is what. And it comes really handy when you have a free account with Wynk Movies as you know which contents are from the paid channels. 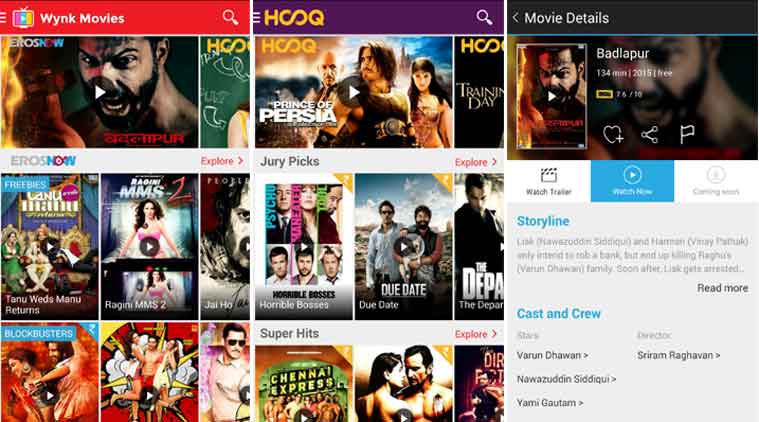 The Wynk Movies app is compatible with Android devices and iOS devices. But it is Chromecast ready, as they put it. This particular feature means that you can watch the videos projected on a bigger screen if you have Smart TV in the home. All you need for this is the Google Chrome Cast app.

The player does not only let you cast your videos on the TV, but it also is an interactive AI. This remembers where you stopped watching a video and lets you resume from that point when you access the video the next time.

You can also make your playlist. Finding movies you like is much easier with the playlists.

The top feature is that the player automatically adjusts the quality of the video you are watching. They do this based on the internet connectivity to your device. There are no pauses for buffering the videos because of this exclusive trait.

While there are many positive points, there are a few disadvantages too. First of all, the app can be downloaded for free, but there are only a limited number of videos that you can watch unless you are subscribed.

The automatic detection of the internet connectivity and the adjustment of video quality is good. We do not have to wait for buffer alright, but sometimes it ruins the video watching experience for us, the users. Sometimes when the video is being watched on a big screen, and the video quality automatically drops, say to 240p, it becomes very irritating. And there is not a lot that you can do about it.

And there are many dissatisfied customers who hoped to get the advertised free data balance in their Airtel account. Bharati Airtel had announced that any Airtel user who downloads this Wynk Movies app would get a certain amount of internet balance credited to their Airtel number. But many customers did not receive that.

Wynk Movies is listed directly in the Google Play Store for all Android devices.

Get the Wynk Movies App here.