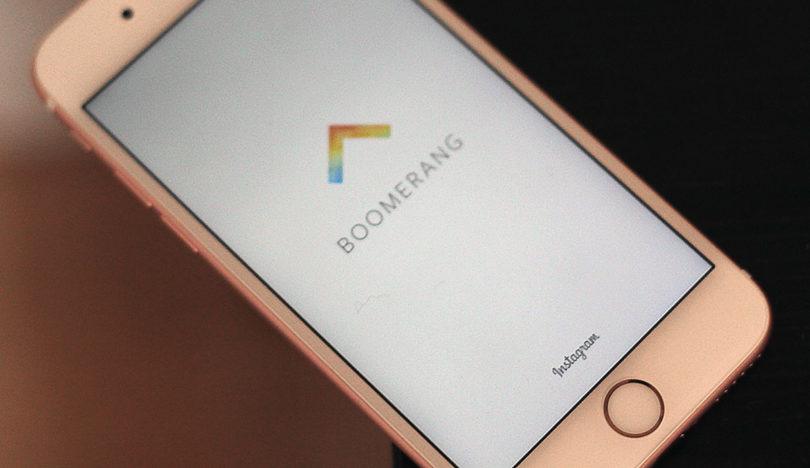 Who is not on Instagram these days? Instagram is one of the prime Social networking apps that almost everybody uses. And with this rise of users across the globe, Instagram obviously has to come up with newer features and apps to keep the users interested. Boomerang is one of those additional features for Instagram. Though Boomerang is a feature, it comes in the form of a complementary app.

Boomerang is an app that lets you take a series of photos in burst setting. But only burst setting photos are not fun enough, so they turn those photos into a short video that generally is 10 seconds long. Now that sounds like fun, doesn’t it? Instagram is not only one of the prime social networking applications, but it also is a photo sharing platform. The users come here and upload their pictures for the world to see. And Instagram also comes with a vast range of photo editing filters to give the pictures a great look within seconds. But only that is not enough to keep the users interested and hooked to the app.

The developers were quick enough to understand that and started working on other apps to complement the primary one. Thus came Layout. Layout is an app that lets the users make beautiful collages with much ease. Boomerang is the newest addition to that collection. I have already stated what it does. And I’m sure you find it as amusing as I do.

The developers at Instagram launched Boomerang on October 22nd, 2015. This app lets the users make funny and hilarious mini videos that can be played both forward and backward. Thus the name. All that you need to do to make a video is the app installed on your Android or iOS device. You open the app and take a video of a moving object. The app automatically turns those burst photos into a high-quality mini video. And the videos are stored in the camera roll storage of the user’s device by default. Could it get any easier?

To begin with the features, the first thing that you need to know is that you don’t need to create an account. Just install the app and you’re ready to go.

Also, you do not have to take the burst shots manually. All you need is to touch the shutter button once, and Boomerang takes it on from you. It automatically takes ten shots and turns them into a video.

The video quality is great. And once the video is made, it goes back and forth like a boomerang. And thus, you create amazing and unique videos of moving things.

You can use both the front camera and the back camera of your device for shooting a video. Well, you don’t actually shoot a video, but what you get is a video.

The application takes those ten shots and turns them into a video. And in the process, they make the photo frames go faster, so it looks like a continuous process. Thus the video is even more hilarious to watch.

You can share the videos that you create with this application on Instagram and Facebook and other social networking and sharing platform with a simple tap. There are integrated sharing buttons that you can access.

Now that we have been through the important aspects of this app let us take a look at how you can install the application. 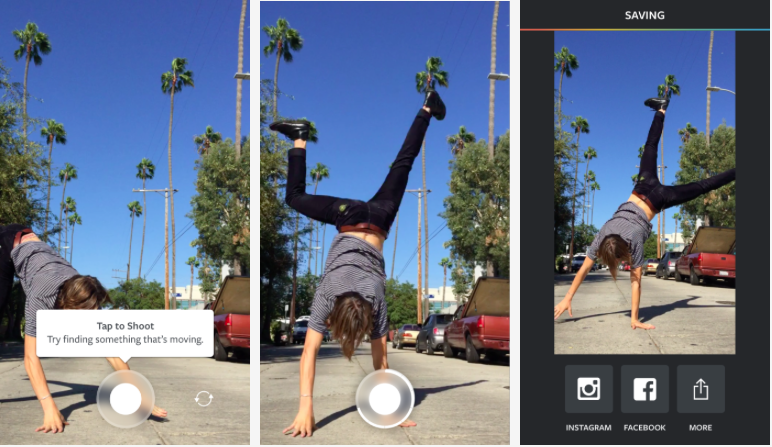 How to Install Boomerang:

Boomerang is available on Google Play Store for Android. The app was released for iOS users on the very same day. It is also listed in the iTunes App Store for iPhone, iPad, iPod touch. Read to know how you can get this app to run.

How To Install Boomerang on Android:

The process is quite the for iOS devices too. All you need to do is open the iTunes App Store and look for the app. Then hit Install and follow the instructions as dictated. I hope that you find this article useful. Go make the creative mini-videos and show it to the world!