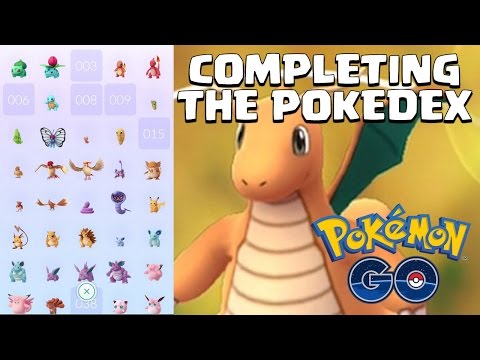 Pokémon GO is the new thing that everybody is talking about. Everybody that you know are playing it. And only a handful of people is not a part of this craze. But they are also engaging in criticizing this craze. And this, in turn, makes them talk about the Pokémon GO app as well. So yes, the point I am trying to make is every single person is talking about it. This augmented reality game is all about the players catching all of the Pokémons and filling up Pokédex.

And trust me if you are addicted, and honestly who is not! , then you must be having troubles in filling up your Pokédex. We all do not have the time travel to places all the time. And weekends just do not cut it enough to complete that Pokédex. And also the fact that the game itself does not give as much clue as we would like is a point to be noted. And there are 151 Pokémons listed in that huge Pokédex. When we are walking around and are near a Pokémon, we see their silhouette in the Nearby tab. But if we have not encountered that particular Pokémon before, we will not be able to see what it is. And often it happens that we end up running meters for a common Pokémon that we do not want.

Would it not be great if we had a clear idea about which Pokémons are out there and how they look like? That would make our work so much easier. So here is a list of all the 151 Pokémons that are available to catch. I am going to list their names, their types, additional types in some cases. In addition to this, you will also find information about which Pokémon evolves into which one. And you will also be able to see what is required for that evolution. Now isn’t that so lovely on my part? But being a Pokémon enthusiast myself, it is entirely my pleasure to share this with you, my fellow Pokémon collectors and trainers. So, here we go!

As I have already mentioned, there are 151 Pokémons available as of yet. As far as the news goes, Niantic Labs might release some rare Pokémons on different occasions. But there is not a lot that we can do about it now. So here is the list of the already existing ones. I am going to list them by their numbers in the Pokédex.

I also have a picture with all the Pokémons listed in the Pokédex with their names. So go through it now and become the Pokémaster! 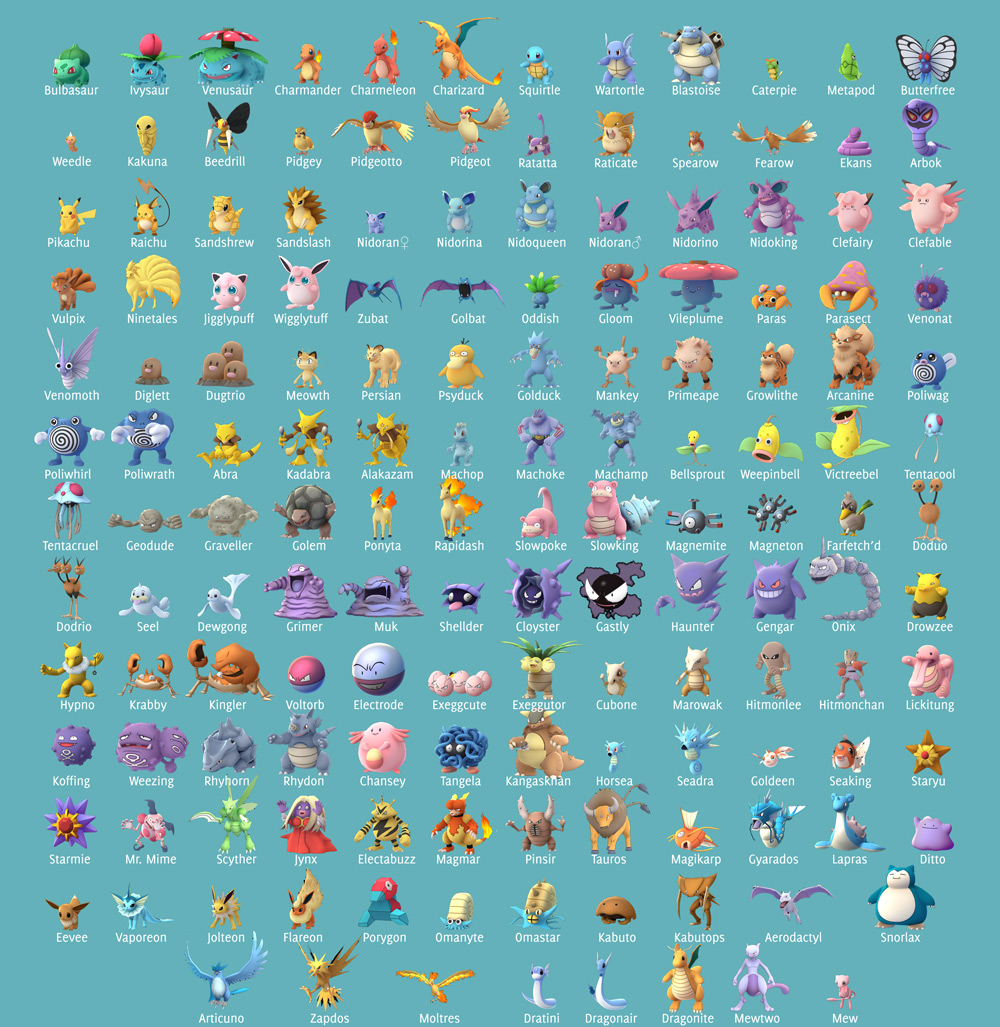 There are also Pokémons that are typical to a particular region. The spokesperson had announced that the developers at Niantic Labs encourage the people actually to explore like those characters from the Pokémon cartoon series. And this indicates that you might have to travel to other continents too. However, those rare Pokémons are not yet out. They will be released in the world of Pokémon GO on different occasions.

And the last but not the least information is about the evolution of Eevee. I have already mentioned it in the table that the evolution is random. Here is why it is so. Eevee is a Normal-type Pokémon. But the surprising cool fact is that it can evolve into a Fire-type, a Water-type or an Electric-type Pokémon. This evolution is mainly random. But as far as the series goes, which I obviously endeavored as a kid, you might be able to control the evolution. This possible controlling can be done through your naming of Eevee.

Once you have captured an Eevee, you can name it. You can give a name to any Pokémon that you have caught so far. Now if you name your Eevee something like ‘Rainy’, it has a chance of evolving into a Vaporeon. Vaporean is Water-type. If you name the Eevee Sparky, it might become the Electric-type Pokémon Jolteon. And similarly naming it Pyro might turn it into the Fire-type Flareon.

So there it is. All that you need to know about Pokédex and the Pokémons. Catch ’em all!