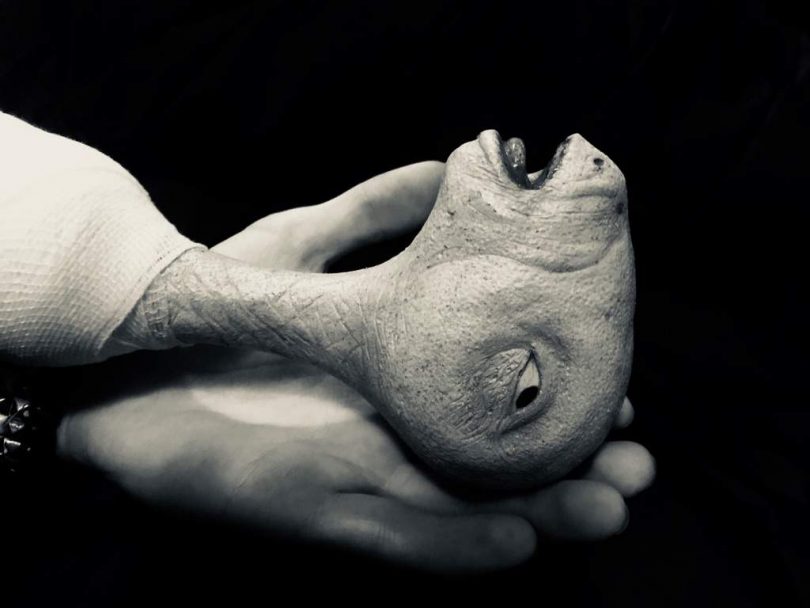 David Lynch’s strange debut, Eraserhead, has been compared to a nightmare come to reality. Surreal visuals, weird disturbances, and unsettling symbology abound. As a result, it’s tough to comprehend and subject to interpretation. The true significance of Eraserhead baby, on the other hand, is linked to the life of director David Lynch.

The audience was stunned when Eraserhead debuted at the Filmex festival in Los Angeles in 1977. David Lynch was an unknown filmmaker who had spent the last five years making the film on a shoestring budget. Audiences were exposed to a completely new experience, and its influence and popularity grew.

Lynch would go on to write and direct films like Dune and Mulholland Drive, as well as create the legendary television series Twin Peaks. David Lynch describes Eraserhead as “a dream of dark and unsettling things” when asked about it.

Henry Spencer is a new father who is left to care for his crippled kid in Eraserhead. The Eraserhead baby, who is wrapped in bandages, refuses to eat and cries nonstop. The baby from Eraserhead begins to have difficulty breathing and develops painful-looking sores.

Its internal organs fall out, and he pulls them out with the scissors, irritated and appalled. A succession of unsettling visions ensue, culminating with the Lady in the Radiator’s loving embrace.

Eraserhead: How Does It Portray The Fear Of Fatherhood? 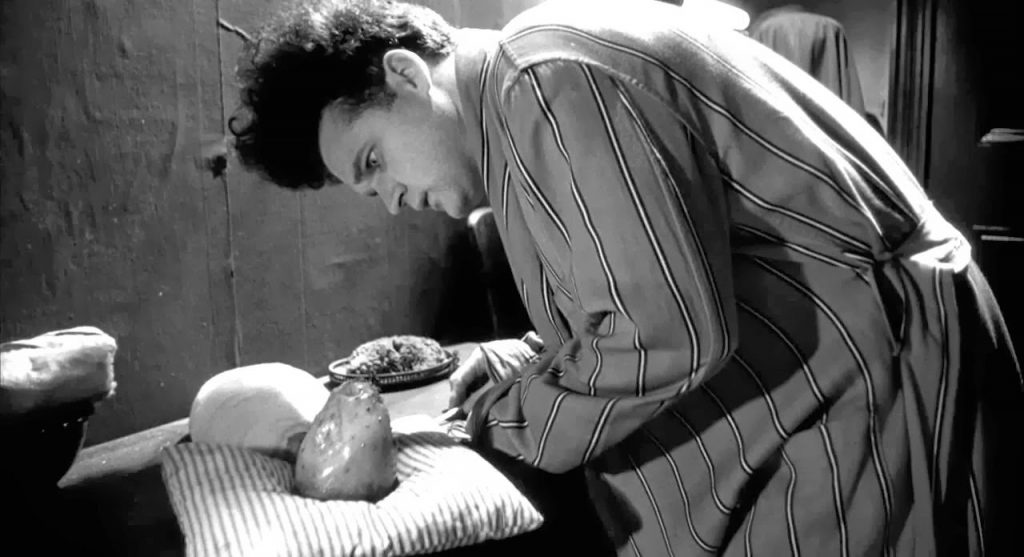 The film Eraserhead is about the fear of becoming a father. It illustrates the fear of becoming a parent and the obligations that come with it. It’s also not a passive fear, but a full-fledged terror of the entire procedure from beginning to end. Henry’s life becomes a living nightmare as the baby enters his life.

At supper with his in-laws, he is terrified of becoming like them. A victim of family life’s downward spiral, his worry reflected in the leaking mini-chickens on the table. While the Lady in the Radiator invites him to escape it all by stomping out the baby’s life, the baby produces cringe-worthy sounds as it mewls into the night.

Jennifer Lynch, David Lynch’s daughter, spent a lot of time on set during the filming of Eraserhead. Jennifer Lynch said in a 2012 interview with Vice that her recollections from that time “are some of the most formative of my life.” Despite the film’s harshness, she also mentions that it was a happy time.

Regardless, some have theorized about Jennifer’s childhood and whether she was the inspiration for Eraserhead. Jennifer even taped a scene for the movie in which she picked dimes out of the ground that didn’t make the final cut, although David Lynch has never confirmed this claim.

Whatever the case may be, the Eraserhead baby suit is rich in symbolism and oddity, and it is ripe for interpretation. Lynch has remarked that no one has come up with his interpretation of Eraserhead, therefore it’s possible that the preceding explanation is missing the bigger picture. 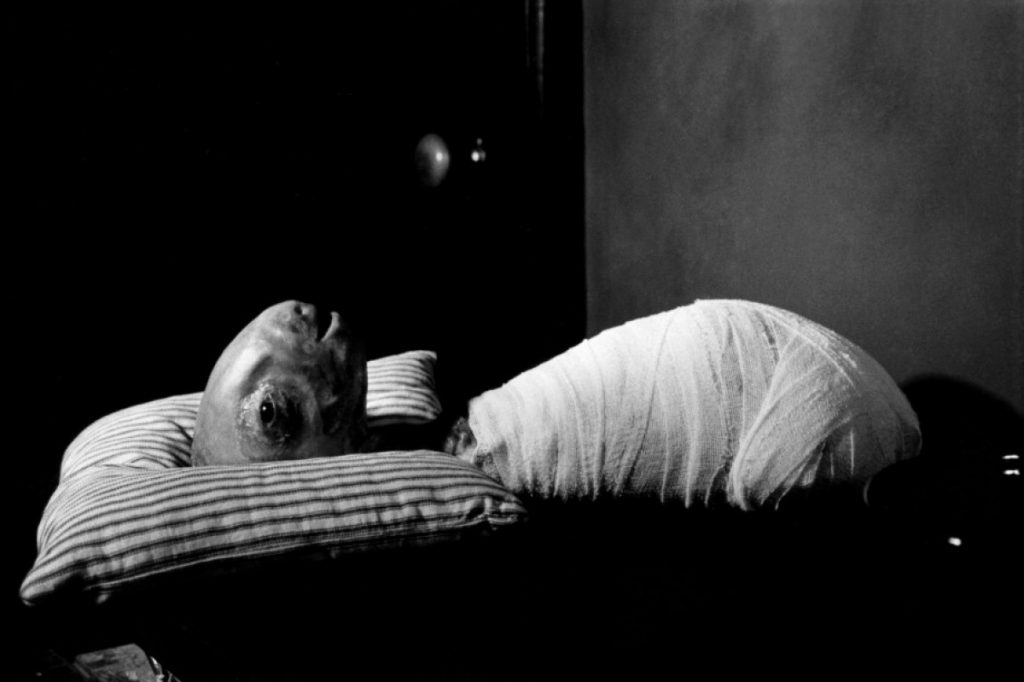 Eraserhead is a perplexing, arty, and disturbing experience for many people. The film’s finale, in which Henry murders the baby, is generally repulsive to viewers. David Lynch’s films, on the other hand, are deeply psychological, replete with abstract symbols and codes. Lynch defines the film as a “dream” in his above-mentioned description. This suggests that the events in the film take place totally within Henry’s mind.

This would certainly account for its strangeness. The infant is a symbol of Henry’s anxiety about becoming a father in this interpretation. He’s not killing a baby when he murders it; he’s killing his fear. He then hugs his pleasure, the Lady in the Radiator. In this approach, Eraserheads’ ultimate meaning is about living in a world of terror, with the profound lesson that escalation leads to death.

Eraserhead: Review In A Nutshell

The film centers on Henry Spencer (Jack Nance, in the first of many collaborations with Lynch), a label printer whose uber-nerdish look and demeanor are topped off, literally, with a hairdo that makes it seem as if he is exploding with electrical shocks. He arrives home to his filthy flat one night to discover that he has been asked to dinner with his girlfriend, Mary X (Charlotte Stewart), to meet her parents.

Mary’s mother has Henry answer any number of unpleasant questions—some of them twice—and even licks his face at one point in the craziest rendition of the boyfriend-meets-the-family narrative ever conceived.

Her catatonic granny sits in the corner, bragging about how he has no feeling in his left arm; a litter of puppies nurse on the floor; and dinner consists of tiny man-made birds that spray horrible ooze whenever someone chops into them. To top things off, Mary’s parents announce that she has given birth to a premature baby. And they urge that the two marry and take the child home with them.

What can I say about the baby Eraserhead? Imagine a hybrid between a fetus E.T. and a skinned ruminant that has been afflicted with an everlasting cold that causes it to cry, whimper, and spit out various sorts of goo almost constantly. Mary escapes for home after likely a few days of this strange portrayal of family tranquillity, leaving Henry in charge just as the kid becomes critically ill. 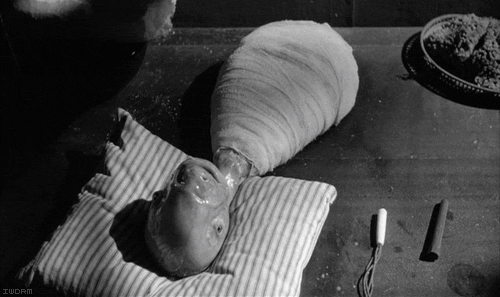 Henry manages to nurse the kid back to health but after a series of increasingly bizarre visions/hallucinations involving Mary (Judith Anna Roberts), the prostitute across the hall, who comes on the stage singing about the exquisite things in Heaven while stomping with her feet, & doing something hideous.

Although the final product may be too alienating for some viewers, it is nevertheless stunning to behold in terms of formal beauty, especially when one considers that the film was shot in pieces over a period of a couple of years.

Despite its flaws in production, the film as a whole establishes and maintains a distinct mood from the first to the last frame.

“Eraserhead” is a piece that has stubbornly evaded all attempts to explain either what it symbolizes or how it was created. The script is a fantastic blend of narrative and experimental structure that delivers just enough storytelling points to keep viewers engaged early on before entirely subsuming them with the film’s more avant-garde moments later on. The result is a film in which all of the pieces may not add up, but which retains a logical coherence throughout that is all too frequently lacking in experimental filmmaking. Another masterpiece you will love to watch- High Rise Invasion.

This post is a review guide for Eraserhead Baby. Going to watch the movie but in case you are a bit puzzled then, go for this short review. Make the right choice & enjoy this mind-wobbling film.